Posted by Stephen Wise on November 2, 2011 in Film

The movie musical has had a long tradition in Hollywood.  Ever since “talkies” were invented, motion picture producers have capitalized on mixing the moving image with song.  Many musicals were showcases for song-and-dance types like Gene Kelly, Fred Astair, or Bing Crosby while others were adaptations of stage musicals.  In the ’80’s, when audiences outright rejected the fantasy of people breaking into song with choreographed dance numbers, the musical became pseudo-musicals with movies like Footloose, Flashdance, and Dirty Dancing where there was a logical (no matter how dumb) reason for people to be singing and dancing (mostly dancing).  Of course, this type of movie is a direct descendent from Saturday Night Fever, which used pop songs on the soundtrack rather than characters providing their own singing.  In older movies, you also might find a single song for some odd reason–even the original Pink Panther came to a complete stop in order for a rendition of the torch song “It Had Better Be Tonight.”  What’s inexplicable is that some of the most entertaining scenes in mainstream (i.e. non-musical) films feature a song and dance number (not counting movies specifically about musical performers).  Musical sequences seem to find their way into the most unexpected movies with wonderful results.

History of the World: Part I 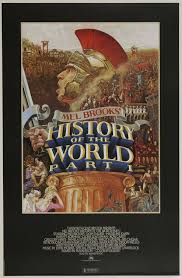 Mel Brooks likes to put a song in every one of his films.  In High Anxiety, it’s Mel indulging himself and in To Be or Not To Be, the characters are stage performers, so a musical number is part of the story.  But with History of the World Part I, Brooks threw in an all-out musical number in a movie that up to this point wasn’t a musical.  “The Inquisition” is arguably the best part of the movie; in fact, some might say the only memorable scene from the film. 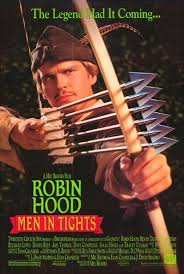 Mel Brooks recycled a lot of jokes for this send up of Robin Hood, so naturally he recycled the concept of doing a musical number for no good reason.  Fortunately, it was fun and with History of the World, one of the best moments.

Monty Python and the Holy Grail 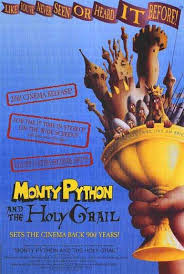 One might argue that Mel Brooks stole the concept of doing a historical comedy from Monty Python, which did two successful films like this.  The first, Holy Grail, had its own random musical number that was a hilarious aside. 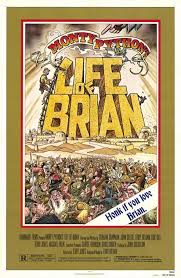 For their second film, the Python troupe decided to end the movie on a musical note, the ironic “Always Look On the Bright Side of Life,” sung by Eric Idle while hanging on a cross.  This song was so popular that Idle included it in the Broadway musical version of Holy Grail, Spamalot (though now sung by Kind Arthur and his sidekick Patsy). 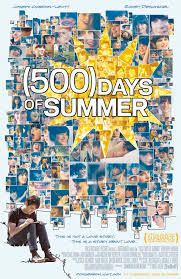 This nontraditional romantic comedy was a surprise hit, allowing director Mark Webb to snag his next directing job as The Amazing Spider-man.  The film’s plot jumped around and used various styles to tell the love story between Joseph Gordon-Levitt and Zooey Deshanel.  One scene turned into an all-out musical with JGL and random people on the street breaking into a choreographed dance to Hall & Oats’s “You Make My Dreams Come True.”

Quite often, characters in a film will find themselves watching a stage performance.  This type of musical number differs from a traditional musical in the sense that there’s a reason for characters to be singing–they’re singing to entertain others within the context of the film, not for the audience’s sake.  However, these can double as being highlights to movies that ordinarily wouldn’t include a song.

Arguably Mel Brooks’s best film (some may claim Blazing Saddles takes that honor), this satire of the Frankenstein mythos featured Gene Wilder as the reluctant doctor and Peter Boyle as his creation.  Wilder proved his musical chops with Willy Wonka and the Chocolate Factory, but it was a surprise when his Dr. Frankenstein and the creature broke into a stage performance of “Puttin’ On the Ritz” in front of a theater full of scientists (who for some reason brought tomatoes and lettuce to throw).

Indiana Jones and the Temple of Doom

Raiders of the Lost Ark is considered the best action adventure film ever produced.  A throwback to the old serials of the ’30’s and ’40’s, it put Harrison Ford on the map as Indiana Jones, letting people forget about Han Solo and propelling him to be one of the biggest movie stars of the modern era.  So how did director Steven Spielberg follow-up that iconic film?  By opening it with a musical number, of course!  With splashy credits and Spielberg’s future wife Kate Capshaw’s Willie Scott singing “Anything Goes” in Chinese, it let the audience know that they were in for something different. 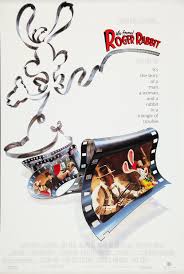 Spielberg produced this amazing combination of live action and animation directed by his pal Robert Zemeckis, which featured the first (and only) time Mickey Mouse and Bugs Bunny shared the screen.  But it was the introduction of sexpot Jessica Rabbit that really had audiences talking.  It definitely topped Willie Scott’s intro.

Back to the Future

Prior to Roger Rabbit, Zemeckis and Spielberg teamed up several times (with no less than three box office bombs), but finally hit it big with the time traveling adventure of Marty McFly and Doc Brown.  One of the many highlights in the first film in the trilogy had Michael J. Fox’s Marty playing the guitar onstage and “inventing” the song “Johnny B. Goode.”  It’s too bad that Fox’s other film where he played a musician, Light of Day, wasn’t as entertaining as this one scene.

Real life band Smash Mouth appeared at an onstage fundraiser at the end of the hilarious but little-seen movie Rat Race and performed their song “All Star” (which is probably the rock song that has appeared in the most movies) with the entire cast of the movie.  It’s a feel-good ending for a wacky road film that steals liberally from It’s a Mad, Mad, Mad, Mad World, and it’s guaranteed to leave the viewer grinning as the credits roll.

If characters don’t appear on stage to perform a song, it’s likely that at some point, they’ll be asked on the dance floor.  Many times, these scenes are just perfunctory, but at times they are stand-outs in their films. 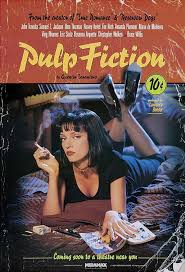 John Travolta’s tepid career got a major boost with this Quentin Tarantino hit where he played a hit man who’s responsible for watching over Uma Thurman for an evening.  They end up at a night club, where they perform a dance that influenced many wannabe dancers with Travolta’s two-fingers-over-his-eyes bit.  It was great seeing the star of Saturday Night Fever and Grease cutting a rug once more considering he didn’t make another musical until 2007’s Hairspray.

This over-the-top WWII comedy was Spielberg’s first official bomb (co-written by Bob Zemeckis).  It featured practically every comedian working in 1979, but committed the sin of featuring both John Belushi and Dan Ackroyd but not putting them in any scenes together.  Regardless, the movie had a fun scene where a character who was born to dance enters a contest impersonating a sailor.  It’s a combination dance and fight scene that predated the mayhem of Temple of Doom but is just as breathless. 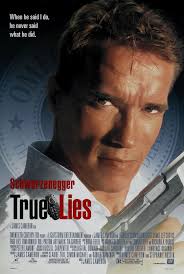 Granted, this scene isn’t going to top Travolta and Thurman, but watching Arnold Schwarzenegger and Jamie Lee Curtis dance a tango at the end of James Cameron’s non-stop, ultra-violent action comedy is simply bizarre.  It’s a rather anti-climactic ending with Tom Arnold trying to get their attention over a wireless transmitter, but it’s still fun to watch.

If characters can’t actually perform a song or dance on stage, the next best thing is to lip synch to a hit song.  For some reason, scenes like this are guaranteed to bring a smile to the faces of the audience if not actually entice them to sing along. 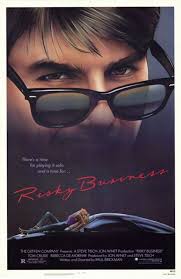 Who can forget Tom Cruise sliding around his house in his underwear while singing along to Bob Seger’s “Old Time Rock and Roll”?  This movie set the stage for all lip synching to follow (Milli Vanilli must’ve loved this movie).  What did it have to do with the plot?  Nothing.  In fact, the scene was improvised.

A few years after Risky Business, another teen movie character was getting away with his own risky behavior, but this time with a day off from school.  In the middle of his extracurricular activity, Matthew Broderick’s titular character decided to commandeer a parade float and lip synch to two songs, Wayne Newton’s “Danke Schoen” and “Twist and Shout” from The Beatles, causing half of the city of Chicago to join in. 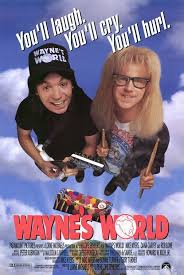 When Mike Myers and Dana Carvey turned their SNL skit into a feature film, audiences were skeptical that it would work–that is, until the opening credits played.  This is where Wayne and Garth (and a couple other friends) turned up the radio and sang along with Queen and “Bohemian Rhapsody.”  Everyone in theaters across the country sang along, too, and that song returned to top the charts.

Sometimes in movies characters just play around with music, just like people do in real life.  They turn on the radio and sing, they find a piano and join a sing-along, they find a supernatural being who takes over their bodies and forces them to enact a choreographed musical number…well, at least this happens in movies. 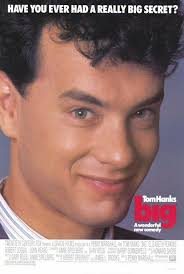 Tom Hanks was nominated for an Oscar playing a 13-year-old who wishes himself to become big and turns into kid in an adult’s body.  He goes to work at a toy company run by Robert Loggia and teaches the old man how to cut loose and enjoy life when they come across a giant piano.  They jump on the keys, playing “Heart and Soul” and “Chopsticks,” making everyone watching want to run out and get a giant piano of their own.

Tim Burton’s original cinematic Caped Crusader flick had a soundtrack by the artist who was yet to be formerly known as Prince.  Perhaps his purple attire thematically fit Joker’s wardrobe, for in one scene Jack Nicholson’s clown prince of crime attacks an art gallery with his henchmen.  He cranks up a portable tape player, where Prince’s “Partyman” blasted out while the bad guys defaced historical pieces of art.  This scene captured the anarchy and playful destruction that Joker represented. 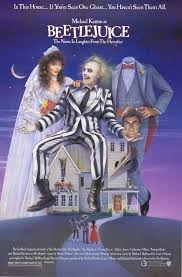 Tim Burton was allowed to make Batman thanks to this bizarrely comic hit featuring Batman himself, Michael Keaton, as a crazed demon terrorizing a nice ghost couple and the family they unsuccessfully haunt.  When Beetlejuice is let loose, he turns a dinner event into a calypso nightmare, albeit one that is hilarious.

At the end of the movie, Winona Ryder’s character wants part of the action, proving yet again that a song is a good way to end a comedy. 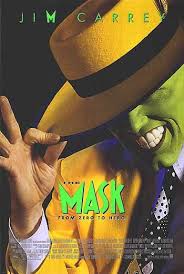 Not to be outdone by an evil demon, Jim Carrey’s magical superhero does his own version of Bettlejuice’s trick when he turns an army of cops into a chorus for his rendition of “Cuban Pete.”  No wait, it’s exactly like BeetleJuice, but that doesn’t mean it’s any less fun. 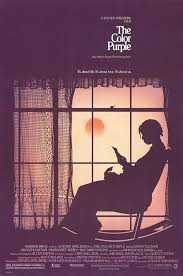 Steven Spielberg again brings music to an unlikely film.  This tearjerker about a black woman’s fight against a life of injustice at the hands of the man in her life features a scene where Margaret Avery’s character Shug Avery (no relation) is singing at her juke joint while the church choir competes with her.  While singing “God Is Trying to Tell You Something,” she leads the sinning patrons to the church, where she confronts the minister–who turns out to be her father.  It’s emotional and has rousing music.  Isn’t it about time that Spielberg actually directed a musical?

And Sometimes It Doesn’t Work

The less said about this the better.

3 comments on “Musical Sequences in Movies That Aren’t Musicals”