FilmVerse Summer ’12 Theatre of Shame – Round 3

Posted by Stephen Wise on September 3, 2012 in Polls & Quizzes

Polls are now closed.  Please go to the Semi-Finals.

More terrible films have been eliminated!  We’re now down to 8 awful films competing for the worst film in the FilmVerse Summer 2012 Theatre of Shame.  Which movie will be the most shameful?

Round 2 had 16 movies squaring off in 8 categories.  This time we’ll present 4 categories.  Next week we’ll be down to the Semi-Finalist, and then the 2 Finalists will go face-to-face, nose-to-nose, and toe-to-toe on Monday, September 17.  The following day we’ll announce the winner (or loser, depending on your point of view). 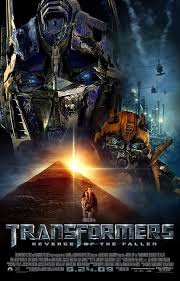 In the last competition, Freddy Got Fingered battled Transformers: Revenge of the Fallen in the Filmmaker category.  This was a tough one for voters, as both movies were neck-in-neck all week.  But ultimately, Tom Green’s inept directing could not topple Michael Bay’s smashing robots.  The Transformers sequel squeaked by with 54% of the votes.

However, the Actor category proved to be no contest.  Despite a lot of hatred for Nicholas Cage all over the Internet, his travesty The Wicker Man was held in high esteem compared to Adam Sandler’s Jack and Jill, which receieved a whopping 81%!  The gender-bending “comedy” now goes against Transformers: Revenge of the Fallen in this week’s Filmmaker vs Actor category. Bad family films were difficult to choose from, as Titanic: The Legend Goes On held its own against the quickly approaching Garfield: A Tail of Two Kitties.  The animated retelling of the sinking of the unsinkable ship (which also remade history) ended its voyage with 54%.  Not even Bill Murray’s sloth-like cat could sink this powerhouse of awful animation.

If there’s one thing everyone can agree upon is that Hollywood makes bad sequels.  The consensus is that it doesn’t come much worse than Batman & Robin, despite Smokey and the Bandit Part 3 garnering a third of the hatred.  This week sees Family Films vs Sequels, and while it might seem unfair to pit the movie that nearly destroyed the Dark Knight against an animated movie most people had never heard of, bear in mind that Titanic: The Legend Goes On is listed in the bottom 100 on IMDb–an honor not even Batman & Robin achieved.

Not only is Hollywood known for making bad sequels, but it also rips off every other conceivable form of entertainment, largely making terrible adaptations.  Which ripoff is the worst, Sex in the City 2 or Psycho?  58% of voters felt that Gus Van Sant’s shot-for-shot remake of Alfred Hitchcock’s classic wasn’t bad enough to hack its way past a sequel to a retread of a TV show, so the “girls” go on to the next round.

Do some filmmakers purposefully make bad movies?  Perhaps–it definitely seems that way with The Room and Disaster Movie.  These two held their own against each other, but with 54% of the vote, the Jason Friedberg and Aaron Seltzer parody of a comedy beat Tommy Wiseau’s masterpiece of cluelessness.  Now we can see whether Sex and the City 2 can cut Disaster Movie down to size in this week’s Ripoff vs Maybe Intentionally Bad Movie category. 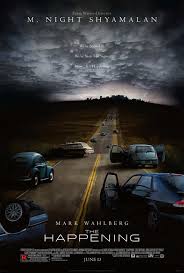 The two genres represented this time around were Musical and Found Footage Flick, with Grease 2 and Project X determined as the worst of their respective genres.  Fighting each other, the Michelle Pfieffer starring singing sequel squashed the out-of-control party-goers with 68% of the vote.

Finally, we have the ‘Splody category, named after Michael Bay’s predilection of making things go boom.  Of course, he had his own category this time around, so his films didn’t qualify here.  Also ironic is that the two movies in this showdown weren’t particularly explosive considering one was about killer trees and the other was set on a planet covered in water.  Kevins Costner’s and Reynold’s Waterworld sunk under the weight of hate directed toward M. Night Shyamalan’s The Happening, which scored a record-breaking 83%.  It now will compete against Grease 2 in the Genre vs ‘Splody category.

Get ready to go back into the ballot booth to determine the Semi-Finalists in Round 3!